With Temperance back in school and the twins preparing for their birthday party that they were throwing, the house was very hectic.  Cas and Shep could agree on many things, their favorite color and cake flavour was the same.  It was all a matter of deciding where it would be and sending the invites out.  In the end the two decided they wanted to have their birthday by the ocean, since it’d be spring time and perfect swimming weather- or at least that’s what the weather channel told them.  To avoid the heat and humidity they had their birthday party in the evening. 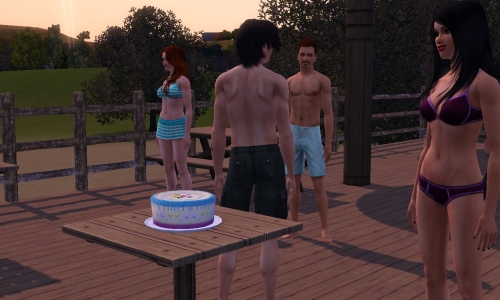 Everyone was very excited for their birthday party, but Cas and Shep were nearly late.  Luckily they made it in time and the party was a smashing success.  Cassiel wanted to attend college and get a degree before going into the field of business, but in order to excel in the placement exam she felt she best brush up on her skills.  Shep decided he wanted to go to college with his sister as well, but more or less just to have the fun college experience.